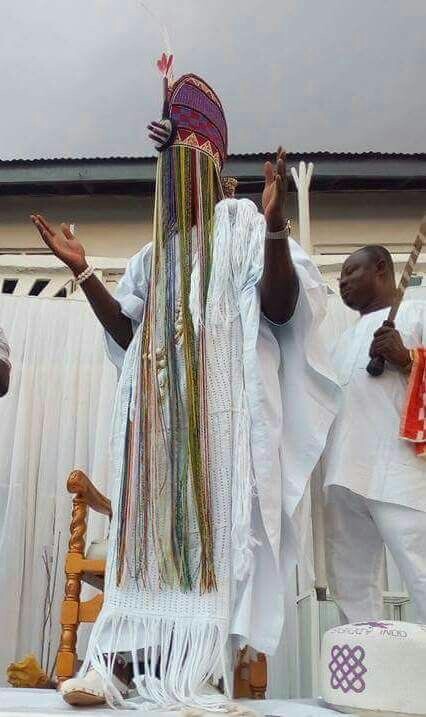 Ooni of Ife don’t  just ascend the throne and order his subjects around.

There are traditional rituals and rites to be performed before he is crowned King. Usually, the various ceremonies involved take about 30 days to be completed .

The Ooni must enter Ile Ife in the day time after his name has been announced. The Ooni elect will go to his Ruling House to be installed as the Sooko. According to Ife tradition, he must first be the Sooko of his family before he mounts the stool of Ooni. After his installation as Sooko, the Ooni will head to the Obalufe Palace to perform rites at the Orunto River inside the palace, after which, he will proceed to a forest along Ilesa road for another round of rituals.

With those rites performed, the Ooni elect will then proceed on a seclusion in Ilofi for a minimum of 21 days for series of rites and initiations. It is during this time he will meet an old woman in spirit to receive the power left by Oduduwa. The old woman will give him all the power over the Yoruba race.

The Ooni elect will also be initiated into the Isoro cult and the Lowa Eredumi of Ile Ife will officiate at the installation rites according to tradition.

One thought on “Ooni of Ife: Rituals and rites involved”