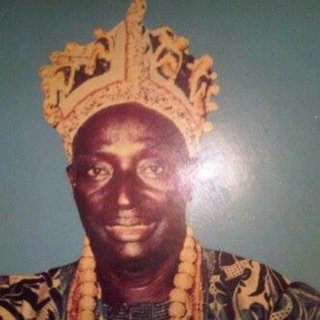 Originally part of the old Oyo Empire, Shaki became a Yoruba refugee settlement after the destruction in 1835 of Old Oyo (Katunga), 70 miles (113 km) east-northeast, by Muslim Fulani conquerors. For those who are unfamiliar with its history, Shaki occupies a very important place among Yoruba towns.
According to the famous Yoruba historian, the Reverend Samuel Johnson, the Okere’s (the king’s) palace at Shaki was built “on the very spot” on which the corpse of Ofinran, a deceased Alaafin born of a Bariba woman fell down and “had to be bound up afresh before they (the funeral cortege) could proceed”. The funeral train was on its way to old Oyo from Igboho, the new capital of the Oyo Empire. It would be recalled that after the fall of old Oyo (‘Eyeo’ or ‘Katunga’) to an invading Fulani army from Ilorin circa 1837, an Alaafin, Eguguojo moved his palace up north to Igboho, northwest of Shaki. Hence, and today, close to Igboho and within the precincts of the old Oyo Games Reserve lie the burial tombs of four Alaafins: – Eguguojo, Orompoto, Ajiboyede, and Abipa.
However, another historian, late Chief Ojo, the Bada of Shaki gave the meaning of the town’s name as “Sa-kiri”, meaning ‘a fleeing refugee’. The fleeing refugees, according to sources finally found a respite on the Asabari Hill located in the town. Hence, the ‘oriki’ praise – name of a Shaki indigene is incomplete without the addition of ‘Omo Asabari’, (‘son of Asabari’).

2 thoughts on “Brief history of Shaki”