The story of Abeokuta, the abode of the Egbas, started with their liberation from the sovereignty and over Lord-ship of the Alafin of Oyo Empire, to which the Egbas hitherto belonged.

The Liberation took place between 1775 and 1780, under the leadership of Lisabi, a resident of Igbehin, but who was born in Itoku. He organized a movement under the name of Egbe “Aaro” Tradition mutual Aid society.

Lisabi latter used the mutual Aid assistance to free the Egba by organizing the simultaneous killing of the Ajales or the Ilaris in all Egba towns, in 1780, starting from Igbehin. In all more than 600 llaris or Ajeles were wiped out in one day. Ilaris the representative of the Alafin of Oyo and collectors of the tribute paid to the coffer of Alafin from all territories under the Oyo Empire.

The Ajales or Ilaris in general, behaved like an Army of Occupation in the places they administered. Their Tyrannical rules mark them out as instrument of oppression and suppression of the people. It was this Authoritarian rule of the Alafin and reckless life’s style of this Ilaris in Egbaland that threw up Lisabi and is Peers who were resolve to bring an end to the evil rule at all cost. The adoption of the universal popular Aaro system of cooperation by the “Egbe Ologun” (Arms Bearers Club) was the strategy Lisabi used to plot against the Ilaris in his Igbehin town. All the other Egba town rose and killed the Ilaris in their midst.

As soon as the news reaches metropolitan Oyo the Oloyo wasted no time in dispatching an Army to crush the Egbe Rebellion. But Lisabi divisional anticipated in the Reprisal an had factored it into his plan the Army of vengeance was routed and the freedom of the Egbas from the yoke of the Alafin was sealed. The time to which this Episode in Egba is to relate was between 1775 an 1780. The period between 1780 and 1828 in the history of Egba was post-Lisabi era in the Egba forest.

One would have thought that having been liberated from the vice like grip of imperialisms the Egba were not given to serve any monarch, even though they have an Oba, and their constitution was monarchy but would strive to sustain their new found freedom by forging stronger cooperative relation among them selves. That was not to be some factors which were inherent in their psychological make up soon re-surface once the focused of their un usual unity (somehow superimpose by Lisabi force of character) was missing the internal squabbles and disaffection among the people were often fertilized by the inter-personal dissention among the leaders who were mainly chiefs.

Around 1829, Lamodi of Igbehin and Balogun of the Egba, living in Maye’s camp in Ibadan, decided that the Egba should find a way of escape from Maye’s bondage. The Egbas had heard about Abeokuta earlier on in their quest for a place with good security to settle in. they sent chief Sobookun, the Baamokun of Ilugun, and others to bring a handful of earth and the result was propitious.

History revealed that the Egbas did not get to Abeokuta at the same time. The first batch to arrived Abeokuta consisted of Egba Alake, Oke Ona, and Gbagura, in that order. Later Olufakun led the Owu to Abeokuta, while others followed. Lamodi lost is wife in an epic battle while trying to prevent his first son, Osota, from being captured by Maye’s army, who were pursuing the Egba. But before he died, he handed over the mantle of leadership Sodoke. The seriki of the Egbas, Sodeke, in 1830 led the Egba Alake into Abeokuta. Balogun Olunloye, the Balogun Ilugun, led Ogba Oke-Ona whilst Oluwole Agbo, Balogun Ojo Gbagura, led the Gbagura to Abeokuta, likes Joshua in the bible. Sodeke of Iporo finally led the Egbas to Abeokuta in 1830.

It was revealed that an Iloko chief named Idowu Liperu had earlier been living at the settlement. He had cross the Ogun River and settles on a farmland, were three hunters, namely Jibulu, Ose and Olunle joined him. Unlike, Liperu, who erected a house with the assistance of the then Olubara Lafa the three hunters lodge in caves under the Olumo Rock. It was them who told the Egba delegate who came to take soil samples about the Olumo Rock.

Later, Adagba and other move to the rock to join Liperu and the three hunters, who had settle there. Adagba was a brave man, who had is farmland located very close to olumo rock. The settlement was called “Oko Adagba,” the other man for Abeokuta while Olumo Rock took his name from it being natural furnished with apartment. “Olumo “means built by the Lord.” Other historians maintained that the meaning of olumo is “Oluwa Fimo” meaning God put an end to our hostility against the Egbas and their suffering.” Abeokuta is also known as “Abe Olumo”.

After the demise of chief Sodeke, Abeokuta has no leaders for quite a number of years. The administration of the town was left in the hands of chiefs like Ogunbona, the Balogun of Ikija, Okukene the Sagbua of Ake; Someye, the seriki who later became Bashorun who succeeded Apati, Bada of Kemta and others.

The Egbas realized that they are not united as they had been when Sodeke brought them together. The thought of having an Oba came to them and the lot fell on Okukene, the Sabua of Ake and head of Egba Ogboni – an industrious woodcarver. He installed the Alake of Abeokuta on August 8, 1854. Oba Okukene’s reign witnessed the advancement of Christianity, commerce and the advent of European merchants in Abeokuta. He died in 1862. An interregnum of about seven years elapsed between the death of Okukene and the installation of another Oba in the person of Ademola 1 – who reigned between 1869 and 1877. He was succeeded by Oyekan who reigned between 1879 to 1881. It was the turn of Luwaji to reign between 1885 to1889. Osokalu ruled between 1891 and 1898. Egba became a nation during Oba Osokalu. Gbadebo 1, ruled between 1889 to1920. Sir Ladapo Ademola II reigned from 1920-1962. Oba Adeshina Gbadebo II reigned from 1963 to 1971. Oba (Dr.) Oyebade Lidepe ruled between 1972 and the year 2005. 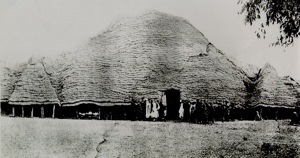 2 thoughts on “The Brief History of Egba”